Interested in seeing 25% more of The Avengers: Infinity War than other moviegoers? Then make sure you see it on an IMAX Screen! Check out this side-by-side comparison to see what the difference will be between the Standard and IMAX versions of the movie will be:

This year marks the ten year anniversary of the release of Marvel’s Iron Man, the first release of Marvel Studios. Back then, Marvel Studios was taking a total gamble with it’s first release. The executives were certain that they would be unable to support a full slate of films if their first was not a success. Now of course, Marvel Studios has become the dominate player in the film industry — with a franchise box office total that has outpaced Star Wars, Harry Potter, James Bond and the like.

To celebrate the anniversary of the studio, Marvel gathered it’s leading creative contributors this past October for a once in a lifetime photo shoot.

To save us all some time Googling, one internet user labeled the photo for us — and highlighted a few key players that were missing: 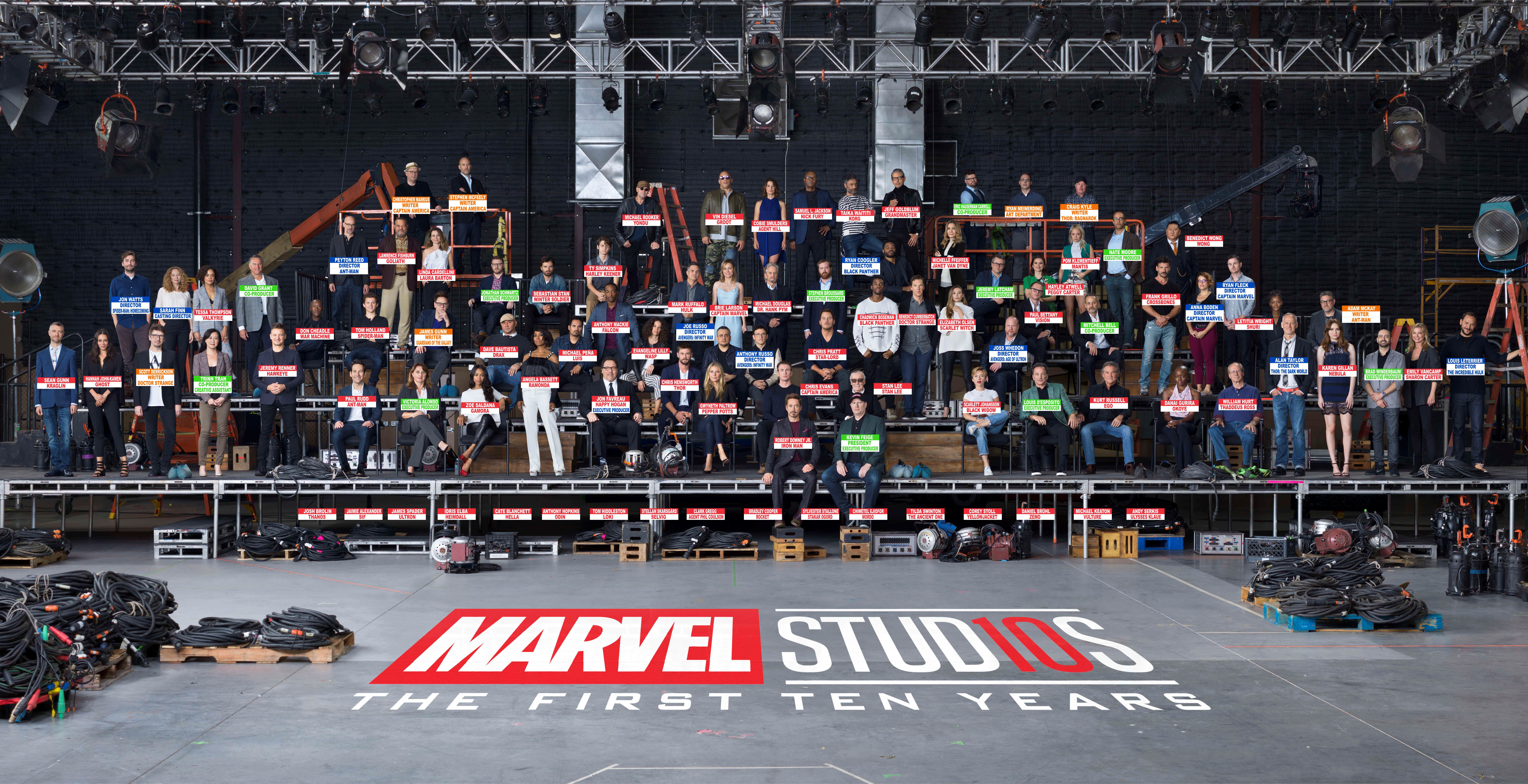 Did they get everyone right? Who else might have been unable to attend this historic photo session? Comment below and brag about your good eye sight!