Mario Tennis Acces is coming to Nintendo Switch on June 22, 2018 — and bringing some of Mario’s classic characters back on the court. Here is a review of who will be playable in the game:

Who will you be using online when the game comes out this summer? 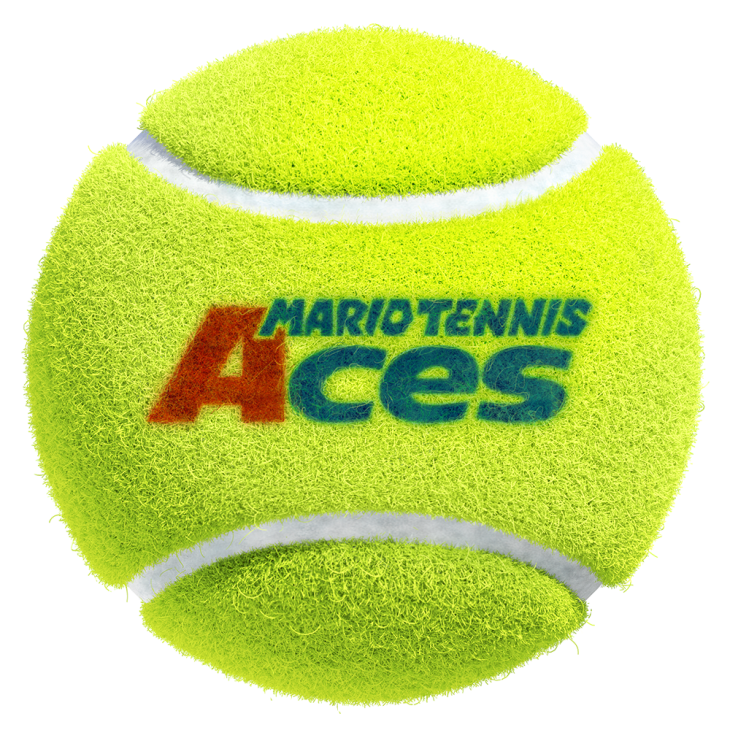 Super Smash Bros. for the Nintendo Switch was announced last week during Nintendo’s impromptu Direct broadcast — which you can view here: https://www.nintendo.com/nintendo-direct/03-08-2018/

Obviously, as one of Nintendo’s most popular competitive/multiplayer games, the online functionality for Super Smash Bros. is key. While past releases have not performed incredibly well when four players connected online, fans are definitely expecting a world class experience when it comes to battle with their favorite characters online in this next generation version of the classic beat-em-up.

With Nintendo planning to charge users $20 annually for access to Nintendo Switch’s online functionality, surely Smash Bros. will be a major selling point of the service… whenever the two finally launch!

We have all been following the delays of the Nintendo Switch Online service from when it was first announced. Originally it was set to launch in Fall 2017 — and then it was delayed until Spring 2018. Most recently, Nintendo delayed the service until Fall 2018. 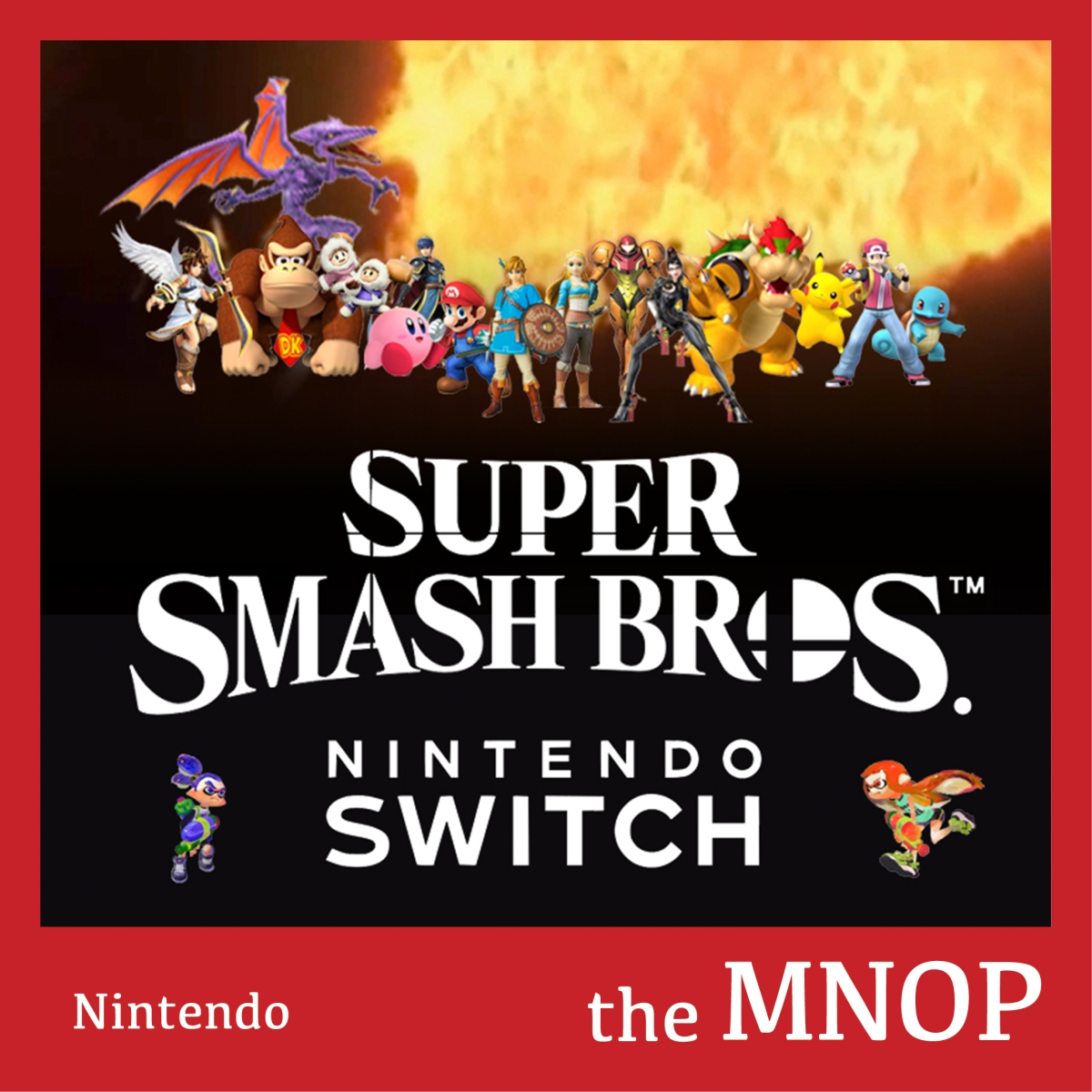 If you were watching today’s Nintendo Direct live, you were treated to an exciting and memorable reveal — The next entry in Nintendo’s Super Smash Bros. series has been announced for Nintendo Switch!

Before the Nintendo Direct ended, Koizumi let viewers know that Nintendo had one more announcement… The final trailer began with a recreation of the original Splatoon announcement in HD. Could it be a trailer for a Splatoon 1 remake on Switch? Suddenly though, our Inkling heroine takes a dramatic pause as the screen goes dark. The camera zooms in on her kid/squid eye to reveal the reflection of the burning Super Smash Bros. logo!

The trailer then cuts to the looming Smash logo, with our cast of Nintendo All Stars silhouetted against the flames — dramatically facing off against the Inklings.

Based on the new logo for the game and the fact that the updated Smash Bros Dojo website notes “Title Pending,” it’s seems that this is a brand new game — not just a straight forward port of Smash Bros for Wii U. Obviously, the reveal of the Inklings as a playable character makes this clear as well. Will the stages from the last generation make it in the Nintendo Switch release? Only time will tell — but for now, we do have an idea of who the cast of characters will include: 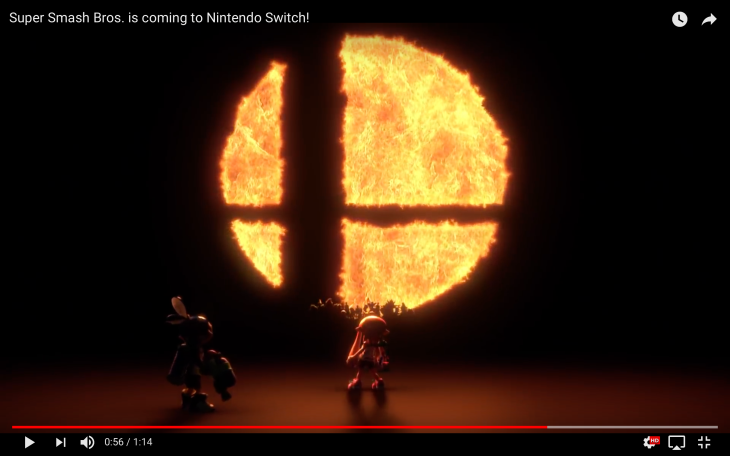 Here at theMNOP.com, we have our own take on who Nintendo has revealed in the silhouettes at the end of the trailer… Take a look at who we saw, and then tell us what you see in the comments below!

And could that be Ridley from Metroid setting the burning flames of the logo? That remains unclear — but we do anticipate the return of duo/trio characters from Super Smash Bros. Brawl in the form of Ice Climbers and Pokémon Trainer (with Squirtle, Ivysaur & Charizard). These complex characters couldn’t be run on the Nintendo 3DS, so it will be great to have them back on the Nintendo Switch.

View the full trailer below — And check out the updated Smash Bros Dojo for more on this 2018 release for Nintendo Switch!